Alright so some news has surfaced on the net about the “top-secret” project I’ve cast recently, so I believe I can finally talk about it: Le Musk is a Virtual Reality film directed and produced by A.R. Rahman.

Rahman is best known for scoring Danny Boyle’s Slumdog Millionaire for which he earned two Academy Awards and two Grammy Awards. He has also scored more than 100 films including 127 Hours, The Hundred Foot Journey, and the recent Pelé: Birth of a Legend.
Rahman is also known for being a former member of the SuperHeavy band, together with Mick Jagger, Joss Stone, Dave Stewart, and Damian Marley.

Le Musk marks the directional debut of Rahman and features Nora Arnezeder in the leading role. Film is under post at this moment, and will be produced by Canadian company Ideal Entertainment, which will be also partnering with Rahman on three more upcoming films.

It has been a pleasure supporting casting in Italy for this project headed by Mukesh Chhabra casting agency, one of the premier casting companies in India.

Find out more about Le Musk by googling around! 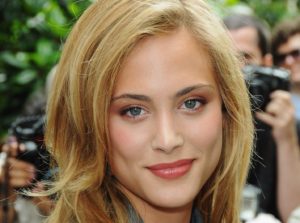